When Liverpool plays against Man City, spectacle and suspense are guaranteed. It announces to be a great show with 2 legendary teams that have ZEST to score many goals. A balanced game between two teams situated 4th and 1st respectively in the Premier League standings.

Liverpool are situated 4th in Premier league standings with 44 points from 22 games played. Premiere League recent schedule is very intense with infernal 3 games in a week which makes hard to play good in every match. However, Jurgen Klopp will certainly use the strongest line up available to him in this derby.

Karius and  Danny Ward set to be named on the bench.

Midfielder Alex Oxlade Chamberlin  and Top scorer Salah Mohamed are in very good shape. Both are full of confidence to fight all the way through the game  and looking to come out with the right result.

Naby Keita will not arrive at Liverpool until the summer of 2018.  He is still the player of Leipzig.

Liverpool FC confirme Philippe Coutinho will be leaving the club after a transfer agreement was reached with FC Barcelona, subject to medical and agreement of personal terms.

From an Man City perspective they are first place in premier league with 62 points from 22 games played.

Manchester City manager Pep Guardiola has invented and implemented  a progressive, dominant and spectacular football everywhere he coached: intelligent and colorful football inspired from Catalonian modernism. Today he does also miracles in Premier League, but of course football is also hazard, so he will need to work hard and keep his team focused at maximum in every game in order to succeed and reach the target – premier league title.

“18 MONTHS OF WORK”
Having the most prolific attack in Premier League, with an average of over three goals scored per match, Pep Guardiola found the perfect recipe.

“We have full mutual trust. When the players express their opinion, I listen to them. And when I say my point they follow me right away. They have no doubt and it is the most important thing when you want to apply something. This is an extraordinary gift, the result of 18 months of hard work started last season, ” Pep explained his game philosophy.

14
City goals in the last 15 matches were scored with help of De Bruyne, 6 goals and 8 assists

Stay tuned as we’ll bring you all the latest news, rumors, statistics, juicy news and everything else ahead of  Liverpool  vs Man City

Bet on Premier League games at Bethard with highest odds. 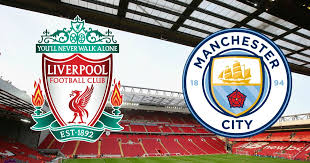