is a huge South American nation with 44 million population and land surrounding Andes mountains, glacial lakes and Pampas grassland, the traditional grazing ground of its famed beef cattle. The country is famous for tango dance, music and football. 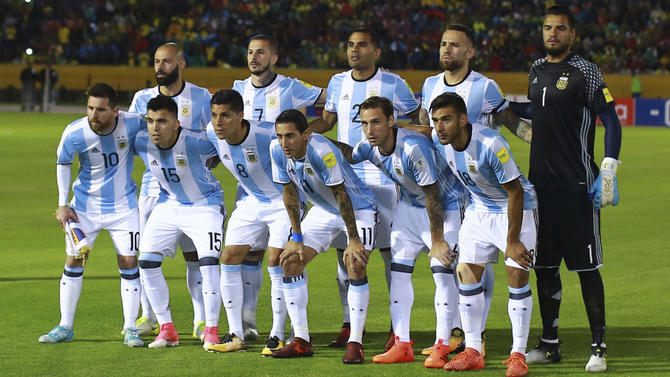 Argentina went through hard moments in qualifications when a superb hat-trick from Leo Messi ensured Argentina qualified automatically. Leo Messi 30 year old hopes to win a World Cup and complete a successful career. This might be the las World Cup for the Argentinean star. Read more details about Leo Messi here

It’s been over 32 years since Argentina with Maradona in great shape has won World Cup 1986 in Mexico and has lost three straight finals, including the last World Cup in Brazil. However, this summer are favourites to win World Cup as they have strong team and an experienced head coach Jorge Sampaoli.

Who is the key player of Argentina? Come on, everyone knows Leo Messi  he’s the captain and the leader in Argentina national team history and is on his way as the best player the world has ever seen.

However will be a big mistake to think that Argentina relays only in Messi. Another talented player is Paulo Dybala. This Juventus superstar is  one of the most talented players Argentina has after Messi. He is similar in his skills  to make a difference in a game, but he also has the vision to be a good servant for his colleagues in attack.

If  Sampaoli will get Dybala and Messi on the pitch together then they can create problems to any defence in the world.

is a Nordic island nation with only 334,252 population with its dramatic landscape with volcanoes, geysers, hot springs and lava fields. 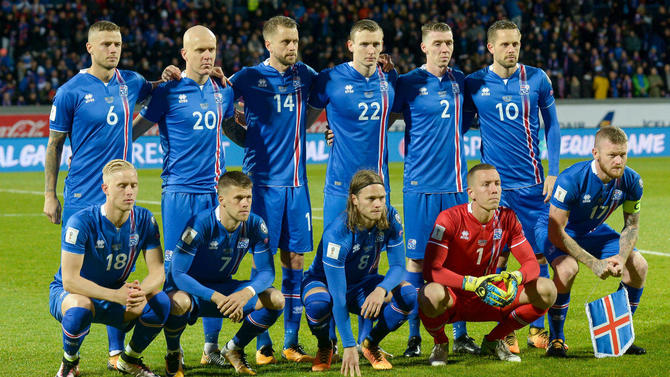 They will participate to World Cup for the first time in their history and here are some facts why Iceland should not be considered the underdogs (losers) in the game against Argentina.

In Iceland people are crazy about football. Around 30,000 Iceland fans went to France for Euro 2016. That’s 1/10th of the population whom are following their national team at every game.

It’s cold in Iceland. The average temperature in the warmest month is only 10-13C (50F-55F) however to combat this they build 3G pitches inside heated indoor domes ensure football can be played all year round in Iceland.

Furthermore it’s dark in Iceland. There are nearly 20 hours of night-time in December and It’s not ideal for playing football. However, this ambitious and disciplined  nation has invested lot developing its into indoor sport facilities.

This is how footballers can train all year round  and they get branded the “indoor kids”.

But that’s not all, from age of four every child in Iceland has a Uefa qualified coach.

This tiny nation humiliated England 2-1 at Euro 2016 and made it to last eight of the European tournament. Other famous football nationalities that became victims of Iceland are Austria, and in qualifying, the Netherlands, Turkey and the Czech Republic.

Their best player is the attacking midfield  Gylfi Sigurdsson 28 year old. He’s is skilful, clever and creative, and he’s the machine in the Iceland attack.

Another talented player is Albert Gudmundsson  20-year-old winger. He  scored three goals in four games and he might get a chance to play against Argentina.

He was a film director before he turned professional as a goalkeeper.

Come on Bet on World Cup: Argentina vs Iceland   Live Football Portugal vs Spain Football fans around the world should check out and keep up-to-date with all the match action as it happens via our FootballBetExpert  advanced widgets and we’ll also have live updates on our Twitter and Facebook accounts. Bet on Iceland