Faiq Bolkiah (19 years old), is  the nephew of the Sultan of Brunei Hassanal Bolkiah – and is considered world’s richest footballer  worth an estimated £14 billion.

Faiq Bolkiah has an impressive CV so far. He was born in Los Angeles, and in 2009 he was selected by the Southampton Academy, recognized as the best in the UK. He impressed and then Arsenal & Chelsea sent scouters to monitor him. Chelsea offered him a two-seasons contract, but after just one year Bolkiah  was transferred to Leicester on a three-year contract and is part of the second team.

“I’ve been playing football all my life. I don’t  imagine my life without it. I’ve always enjoyed going out on the field and having the ball at my feet. My parents have always been supportive in helping me to achieve my dreams of being a footballer. They trained me hard both psychologically and physically through my childhood years, so I have to say they are my role models.” Faiq Bolkiah said

His father Jefri is the Sultan of Brunei’s brother, who is the head of the Brunei Investment agency, reportedly spends a staggering £35m a month on watches, white gold pens and cars. He is believed to have owned around 2,400 cars – including Ferraris, Bentleys and Rolls-Royces – and had Michael Jackson perform a private concert for his 50th birthday. 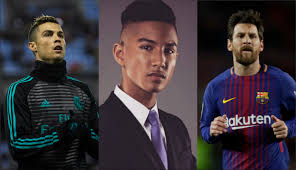