Everything you need to know about

Hot News:  On men’s semifinal day at the 2020 US Open, Alexander Zverev earned a five-set comeback win against Pablo Carreno Busta, before Dominic Thiem defeated Daniil Medvedev in a match equal in intrigue but shorter in sets. 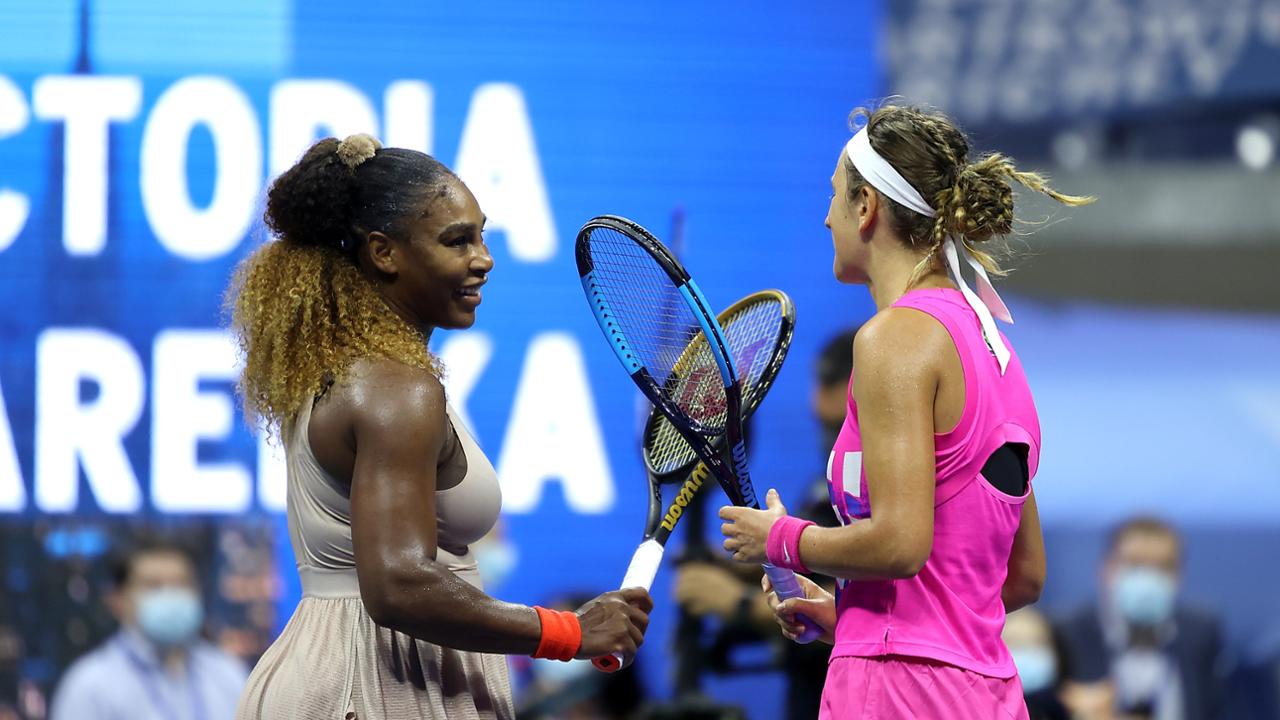 Novak Djokovic disqualified from US Open 2020 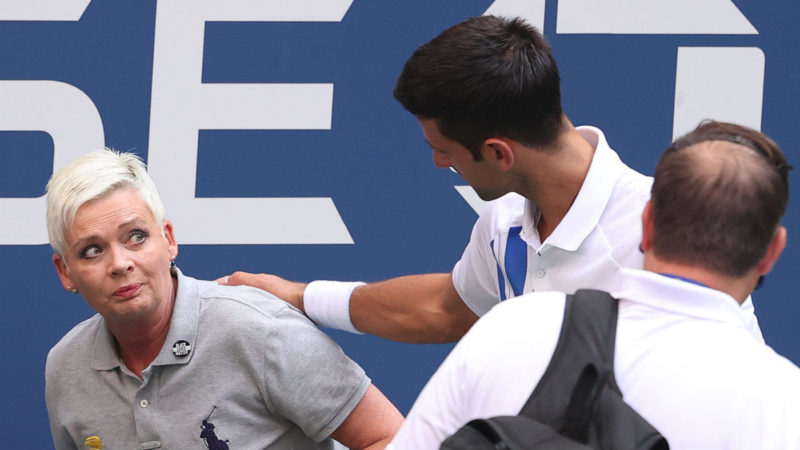 The organizers disqualified World No. 1 Novak Djokovic after he had whacked a ball that accidentally hit one of the line judges.

Novak Djokovic and Naomi Osaka were both victorious in Arthur Ashe Stadium, while Stefanos Tsitsipas and Borna Coric battled until 1:10 a.m. in the match of the day in Louis Armstrong Stadium.

The 30-year-old unseeded Romanian Sorana Carstea , No. 77 in the world outlasts Johanna Konta on Day 4 of the 2020 US Open and advanced to third round where will meet K. Muchová from Czech Republic. 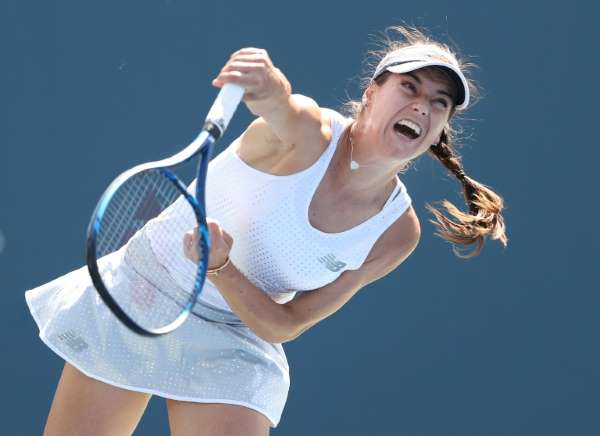 The 2020 U.S. Open started this week at the USTA Billie Jean King National Tennis Center in Flushing Meadows, New York. The tennis potentials is huge in this tournament. The biggest questions—will champions Novak Djokovic, Dominic Thiem, and Daniil Medvedev win the title ? Will Serena Williams win her first tournament since giving birth three years ago? Will Naomi Osaka be capable to win another US Open title  ? 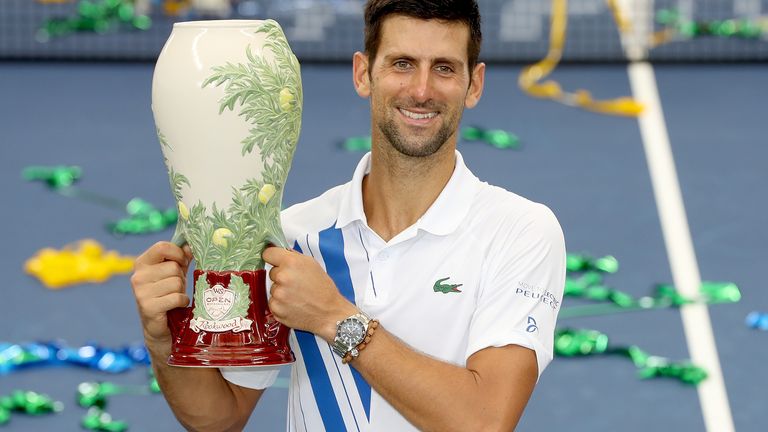 Following an “emotional week” that featured her standing in solidarity with Black athletes across the country working for racial justice, Naomi Osaka begins her search for a second US Open title and third major crown.

The fourth-seeded Osaka opens against countrywoman Misaki Doi in what will be their second overall meeting. Osaka won in straight sets in Tokyo 2016, and the final contest in Arthur Ashe Stadium on Monday night figures to be similarly lopsided. 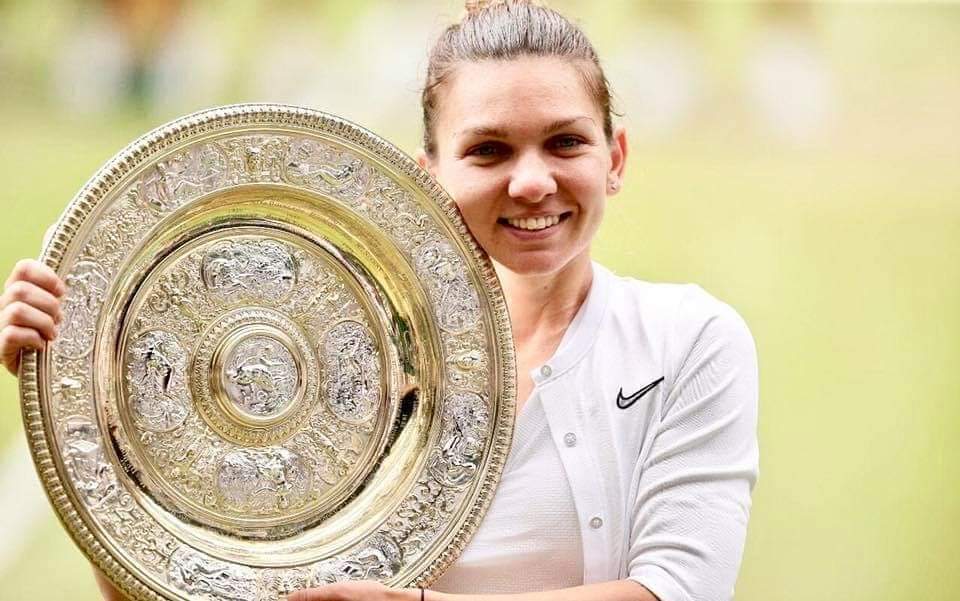 On the other hand The WTA World No.2  Simona Halep has withdrawn out of the US Open claiming “health is at the heart” of her decision. Simona made the announcement on her Twitter account, the day after beating Elise Mertens in the final of the Prague Open 6-2, 7-5.

Bet on US Open, Get Free Bet Every Day!

Bet on US Open matches, get € / $ 5 Free Bet.
1. Bet on US Open tennis matches during the tournament (minimum 10 EUR or currency equivalent.)
2. Get your € / $ 5 free bet every day.
Free bets will be assigned automatically after you bet with the right terms on related fixture.

Tennis dates all the way back to the 12th Century. Back then monks and clergy played it by hitting a small ball, using nothing but their hands, over a net. It was the Europeans that later started to use paddles and played it on indoor courts. It was not until the mid-1800’s that tennis developed in to a sport played on grass courts and was played in a way that we more accustomed to today. It became so popular as a sport that courts started to sprout up in public parks and sports centres everywhere.

Staking on tennis is very similar to betting on any other sport with only 1 evident exception. The spreads and totals are calculated in games rather than points. In tennis online gambling there are 2 major betting lines, the first being the matchup while the other is the set bet. Below is the type of bets you will come across at Betzest:

Straight Money Line: The easiest bet is staking on one player to win a match.

Spread: A spread of the number of games is used in most matches

Over/Under: This is wagering on the total number of games that will be played in a match

Live Betting: Tennis can be a high intensity game, therefore live betting at Betzest can provide all of the fun and excitement of being a player in the match yourself.

👉Bet on any #usopenmatch and GET $\€5 FREEBET and 200% bonus
Bet Live with our boosted odds on all US Open matches at new Bookmaker 2020 Betzest. 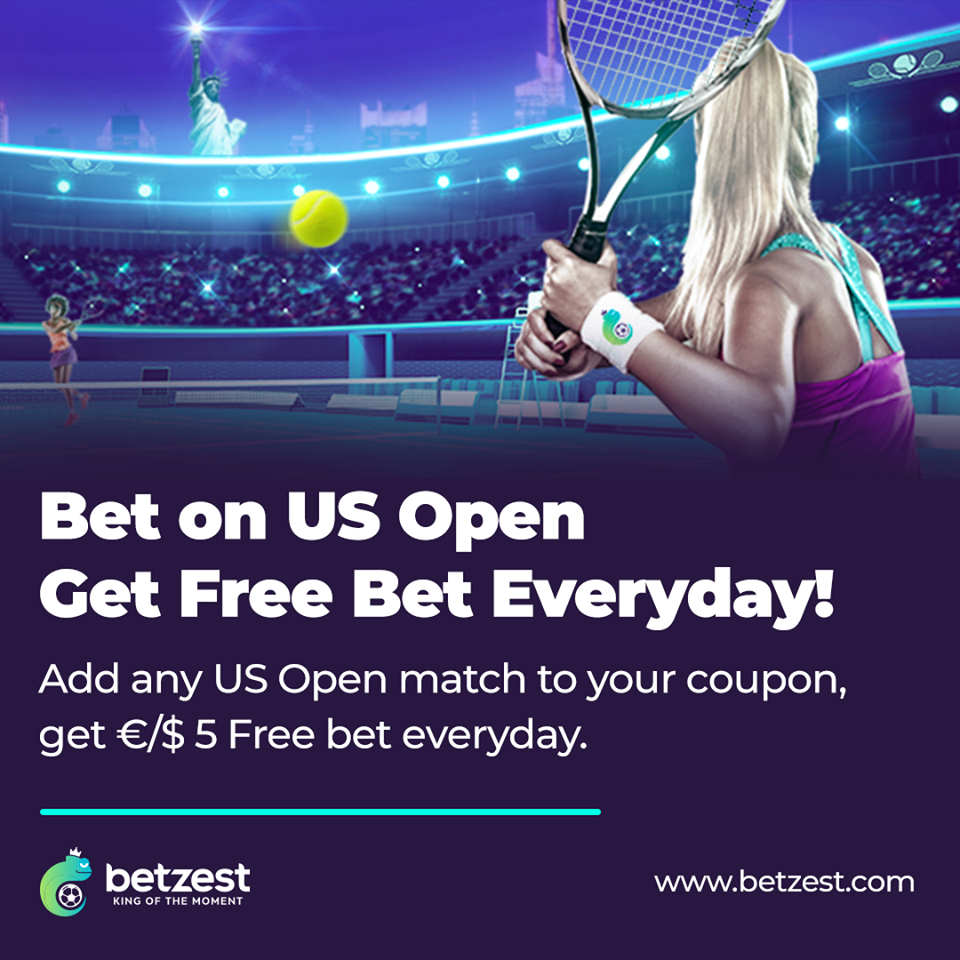