PSG News – Everything you need to know about PSG

Leo Messi and Kylian Mbappe have been named in Paris Saint-Germain’s 22-man squad to face Reims on Sunday 29 August,  21:45 tonight.

It could be Messi’s first appearance as a PSG player since arriving at the Parc des Princes earlier this month, while Mbappe could feature despite feeling he is being kept at the club against his will, following Real Madrid’s two bids for the forward. 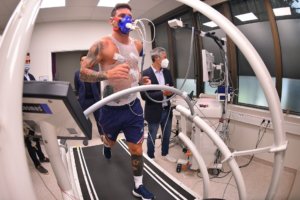 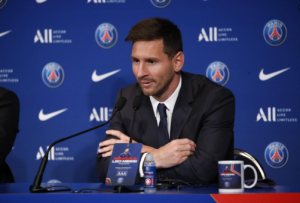 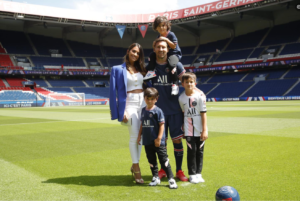 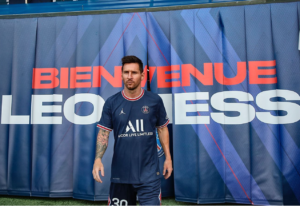 Messi wore the No. 30 at Barcelona when he first broke into the senior team as a youngster in the 2004-2005 season.

Another reason Messi didn’t opt for the No. 10 at PSG: It’s currently worn by Messi’s friend and ex-Barcelona teammate Neymar. Reports stated that the Brazilian had even gone as far as offering his shirt to the Argentine, but Messi declined the gesture. 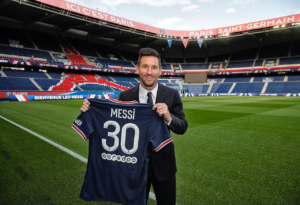 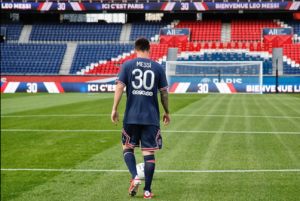 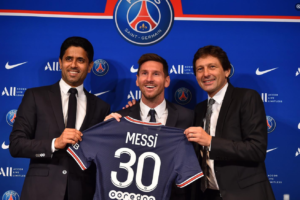 Lionel Messi has agreed to join Paris Saint-Germain on a two-year contract. He will compile a dream team along Neymar and Kylian Mbappé 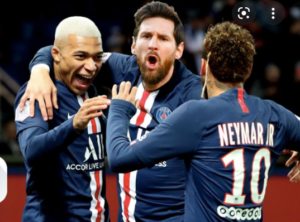 The six-time Ballon d’Or winner had two other options after leaving Barcelona last week, but has chosen to move to Paris – PSG on a deal worth €30m per year after tax, plus bonuses.

PSG and Messi will have the option of extending his stay in the French capital by a third year, while the forward will also receive a €30m signing-on fee.

The French club have offered Leo Messi an initial two-year deal, thought to be worth €30m a year after tax, and legendary footballer – the six-time Ballon d’Or winner and his agents/family are now reviewing and considering it carefully.

Leo Messi is facing an concerned wait regarding his  future as the Argentinean, had flown back from Ibiza to sign, everything seemingly in place, or so they said, and now he was leaving, despite both parties having reached an agreement over a new contract, the La Liga club said on Thursday, citing economic and structural obstacles to the renewal of a deal. 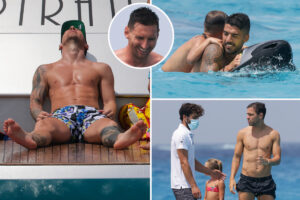 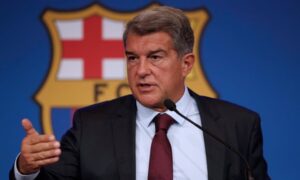 Laporta said Leo Messi had already done everything he could; there could be “no reproach”. He had accepted effectively a 50% pay cut (35.5 million EUR)  out of his 71 million EUR salary in 2021 (with the TAX included) to stay . Many, perhaps most fans, grateful for what Messi has given and certain he is not the bad guy, would agree with the president. Why should he play for free? Especially when others won’t.

Besides, here’s the thing: even if he did, Barcelona would be in trouble. Philippe Coutinho cost €160m, Ousmane Dembélé €150m, Antoine Griezmann €120m and those are just the headline figures: they have spent more than €1bn since 2014. The pandemic pushed them into the abyss, but they spent years teetering on the edge. Last season they lost €487m, Laporta said. Their total debt is €1.173bn. Laporta talked of not risking the club, their very existence at stake.

Who is Leo Messi ? 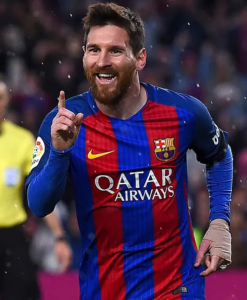 At the age of 13, Messi moved from Argentina to Spain after FC Barcelona agreed to pay for his medical treatments.

There he earned renown as one of the greatest players in history, helping his club win more than two dozen league titles and tournaments. In 2012, he set a record for most goals in a calendar year, and in 2019, he was named Europe’s Ballon d’Or winner for the sixth time.

By the age of 16, Messi made his first appearance for the FC Barcelona, putting himself in the record books on May 1, 2005, as the youngest player to ever score a goal for the franchise. That same year, he led Argentina to the title in the under-20 World Cup, scoring on a pair of penalty kicks to propel the team over Nigeria.

Messi,  is the club’s all-time top scorer and appearance maker with 672 goals in 778 games in all competitions.

Lionel Messi is the highest-paid soccer player in the world. Under his previous contract, his annual base salary was €71.68 million. In 2017 he signed a new contract with Barcelona that pays a base salary of €150 million. His contract numbers were a closely-guarded secret for several years but in January 2021, Spanish newspaper El Mundo published the leaked contract details.

Messi earns an additional €60 million every year from endorsements. He has a lifetime endorsement deal with Adidas. Between June 2018 and June 2019, he earned a staggering €110 million.

Spain’s La Liga has agreed a €2.7bn (£2.3bn) deal with CVC that could see private equity involved in the running of a large European football league for the first time.

La Liga, which manages the top two divisions of Spanish football, said on Wednesday it will create a new business that will take control of most of its activities, in which CVC Capital Partners will hold a 10% stake. The deal will value La Liga at €24.3bn, it said.

Clubs will receive about 90% of the funds from CVC’s investment, including money for women’s football.

This state-of-the-art  product powered by leading software provider BetRadar,  brings a sports betting experience which is as close to real life as possible and offers the opportunity for a number of pre-match and live betting markets, covering top-tier leagues from Spain, France, England, Germany and competitions such Champions league, Europa league, Euro, World Cup and many more.

Betzest exclusive  $/€5 Free bet on  allows new customers to try in  most popular simulated reality top-tier leagues from England, Germany and Spain. This is a great opportunity to bet on  a number of pre-match and live betting markets particularly when many sporting events are paused. All you need to do is register for an account, get $/€5 Free bet No Deposit, No wagering + 100% up to $/€ 100 on Betzest esports . Lets make it simple.

Furthermore, at Betzest you can choose any of your favorite esports Top leagues or Virtual Sports. Powered by leading sportsbook softaware provider Betradar  you can pick  and  bet on a range of esports tournaments and competitions such as : Motor Sport, Counter- Strike, ESports Dota, LOL (League Of Legends), StarCraft and many more.

Online Sports Betting  – The classic bet would be a bet on the winner of a duel. However,  Betzest offers numerous special bets as well. In League of Legends, for example, you could bet on which team will first kill Baron Nashor or score the first kill. You play Counter Strike? Bet on which team will win the first Pistol Round or whether or not the bomb can be planted. We offer a wide range of bets for each game.

And in case  esports is not exactly what you were looking for, then at  Betzest Casino  you can find top notch selection of  more than 2000 casino games and video slots. These come from such leading providers as Netent, Evolution, Yggdrasil, PlayNGo, Playson,  PragmaticPlay, Microgaming and many more. Further more, Betzest offers unrivaled  Virtual Sports from leading software provider Betradar.

leo messi net worth at Footballbetexpert. 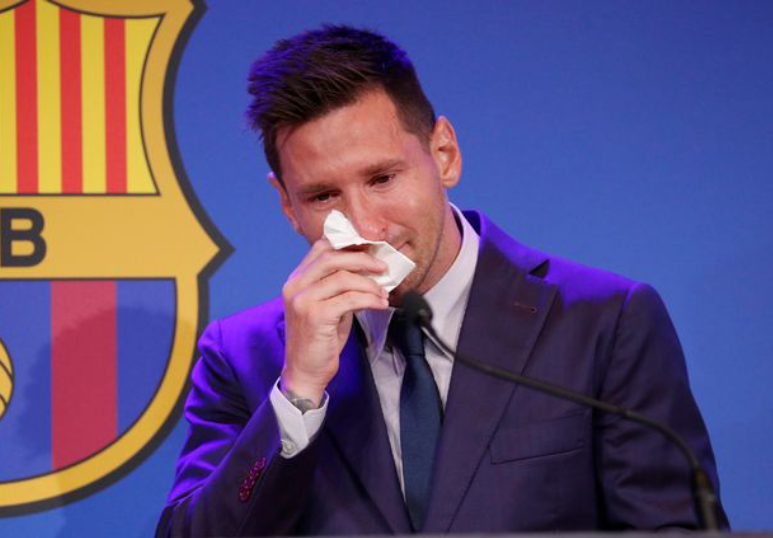