Bet on BasketBall at Betzest with best odds ! Grab an Exclusive welcome bonus offer  200% Sports Betting Bonus  + $/€5 no deposit, no wagering! Check out and keep up-to-date with all match action as it happens via FootballBetExpert

What is FIBA World Cup?

Who is the host country?

The host country is China and the tournament will be organised across 8 cities.

How many teams participate to FIBA World Cup?

For the tournament in China are participating 32 teams. 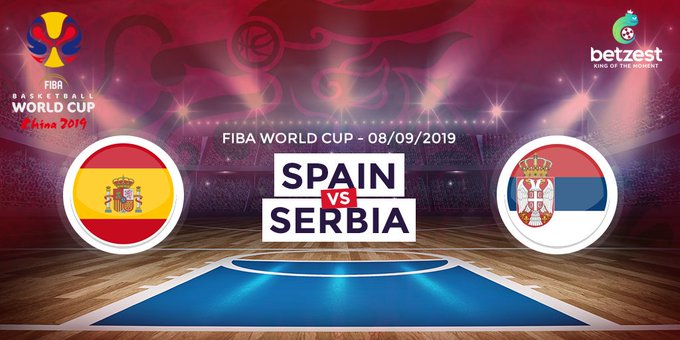