With a hectic festive Premier League schedule football fans are spoiled tonight 21:00 CET with another derby between rivals Tottenham and West Ham. Both teams have been afforded just 48 hours’ rest ahead of a third meeting of the season.

Tottenham and West Ham have shared 3-2 victories already this season, winning at each other’s grounds in first the league and then EFL Cup, and head to Wembley Stadium after wins over Swansea and West Brom, respectively, on Tuesday evening.

A fourth win on the bounce for Spurs will see them move to within one point of fourth-placed Liverpool, while West Ham can look as high as 11th for a convincing victory at Wembley.

Mauricio Pochettino concern is their infernal schedule in Prenier League with 3 games in a week which makes impossible to play good all the time. However his job is to handle this situation and find solutions to “recharge” his players and give maximum in every game.

Harry Kane the highest paid English footballer in the Premiere League (£200,000-a-week) will start from the first minute tonight against West Ham.

Also Fernando LLorente is announced to the starting line-up tonight especially that last game against Swansea scored his first goal in Premiere league and contributed consistently to get 3 points.

Victor Wanyama made his return after four months and could start given Mousa Dembele’s injury. Danny Rose is out for the foreseeable with a knee injury so Ben Davies will likely continue at left-back.

West Ham United will travel to Wembley with confidence. They need to keep their feet on the ground and continue their recent fine form.

West Ham Manager David Moyes wants his West Ham United side to approach tonight game with Tottenham Hotspur with the same ambition  he saw from his team in the win over West Brom. He will be hoping for another victory to push his team further away from the relegation zone.

The Scotsman was happy with the fightback his players completed vs West Brom and is now calling for a similar spirit and determination  at Wembley Stadium tonight. Moyes doesn’t have many changes and lots of players. However, he’s got some forward players could change around but he doesn’t  have many players in other positions.

Reece Oxford – recently returned from his loan with Borussia Monchengladbach – has sprained his ankle and may not be available for the Tottenham match.

Cresswell’s injury doesn’t keep him out because West Ham is pretty short in both full-back areas. Until they have got both Sam Byram and Jose Fonte back they’re a bit short defensively.

Aaron Cresswell is a slight doubt so Arthur Masuaku could move to left-back. Mark Noble is in line for a return to the starting line-up after impressing off the bench against West Brom.

Andy Carroll scored twice on Tuesday but his ongoing fitness problems make back-to-back starts inside 48 difficult for the striker.

Stay tuned as we’ll bring you all the latest news, rumors, statistics, juicy news and everything else ahead of  Tottenham  vs West Ham

Bet on Premier League games at Bethard with highest odds. 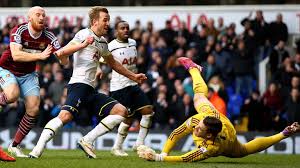