Unbeaten in their last 11 at home games and conceding just four goals in their last six PL games, Tottenham are slightly favorites. On the other hand Man United  had  new signing Alexis Sanchez and a  great start to 2018. Hence, are looking to continue the winning record, which has produced five victories from as many games in all competitions so far.Further more, they  have won five of their last six away games from Old Trafford, and have conceded just 16 goals in the league this season.

Manager Mauricio Pochettino has available so many quality players who are at the same level but he’s philosophy is to rotate them and have them 100% fit for each game.

Toby Alderweireld (Hamstring).The Belgian injured his hamstring back on November 1st  in the win against Real Madrid at Wembley Stadium and he’s now beginning to integrate with first team training.

Danny Rose (Knee).The left-back is back in training after suffering that setback to the knee injury that had kept him out for ten months before.

Serge Aurier (Calf) The Ivorian right defender came off injured in the second half of the 1-1 draw at Southampton, however, it seems that was only a small knock.

He was rested and is very possible of being fit 100% for Wednesday game against Man United.

Christian Eriksen (Illness). Danish player picked up the illness, however, might be fit 100% for Wednesday game.

Hugo Lloris (Illness) Tottenham’s goalkeeper and captain was ill early last week, before Eriksen and he back in training.

Erik Lamela (Bruised gluteus muscle). Lamela’s has spent 13 months out with a hip injury, however, he might be recovered for the game against Man United.

All players above are undergoing rehabilitation and progressing well, hence, they will play against Man United only if they are 100% fit.

After they got top scorer Alexis Sanchez, the morale of the team has boosted, and most probably we will see him make his PL debut against Tottenham.

Zlatan Ibrahimovic had a serious knee injury earlier in the season and is expected to return to training at the end of the month or early February, once will be 100% fit.

The 36-year-old Swedish had  his anterior cruciate ligament broken in the game against Anderlecht in the Europa League quarter-final second leg at Old Trafford.

There is the possibility that the striker could leave Manchester United , especially since the contract expires at the end of this season

1 goal in 7 games scored Zlatan Ibrahimovic  this season,  last game he played  was on December 26, score 2-2 draw with Burnley.

Manchester United defender Eric Bailly could have surgery on his ankle. He has missed the last eight United matches and could be sidelined for the rest of the year. 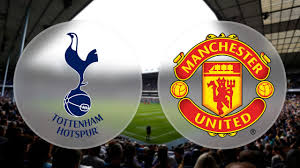