This Saturday, with Christmas upon us, football fans will be very lucky to enjoy the biggest game in club football, Real Madrid vs Barcelona. La Liga leaders FC Barcelona will travel to Madrid with an 11+ points difference. There will always be a good show and a lot of suspense when these 2 teams meet. This Saturday it announces to be the best el Clásico ever with Cristiano Ronaldo & Leo Messi in very good form. The show must go on and they must continue the battle for the best player worldwide.

Real Madrid host Barcelona in their final game of the year and Zidane keeps them very focused with training session where they exercise possession and pressing.

Cristiano Ronaldo heads into El Clásico with big zest to score more goals. He scored in each of his last four games, netting five times in this cycle of matches.

Also Real generate loads of chances when they are playing at Bernabeu and Toni Kroos goes into this game  as top assist maker this season. Kroos has made seven assists at home this year and leads the assist rankings ahead of Ronaldo and Marcelo, who have both made five assists. In all competitions, Kroos has made 6 assists in La Liga and one in the Copa del Rey.

Barcelona Manager Valverde must find the right balance to keep his players focused as beating Real Madrid would be another step towards the league title. Currently Atlético Madrid  and Valencia are second and third in La Liga.

One of Barcelona’s key players for this game is the midfielder Andres Iniesta.

Iniesta is 33 years old and played his entire career at FC Barcelona, ​​a club in which he has been from the age of 12.

18 GAMES is the number of games Iniesta has played this season in all competitions. He scored one goal and contributed with an assist.

Bet on La Liga games at Betzest with best odds. 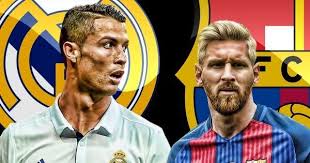