Man United vs Chelsea will meet Sunday, 25th February, 15:05 CET,Premier League Match Day 28. The match will be liveTEXT on  FootballBetExpert .

This will be certainly a massive game with both teams playing for top four in premiere League standings. Both teams come into the game on the back of draws against Spanish opponents in midweek in the Champions League.

With 10 games to go, Chelsea travel up to Manchester on Sunday, with Conte looking for his first win at Old Trafford and moving level on points with Manchester United. Chelsea have already beaten United earlier in the season.

On the other hand United are back at Old Trafford  after three successive away games. Jose Mourinho’s team will be looking to return to winning ways in the league after a 1-0 defeat away at Newcastle in their last outing. With a victory on Sunday’s United will increase the gap over Chelsea to six points

Manchester United will hope to maintain their excellent defensive record of late, which has seen them keep nine clean sheets in the last 11 games in all competitions. United have also kept a total of 23 clean sheets overall this season, which is three more than any other Premier League team.

Mourinho was reluctant to discuss his relationship with Antonio Conte but was grateful for the solidarity his former club Chelsea showed him following the death of his father last year.

Manchester United midfielder Ander Herrera is set to be side-lined for a ‘few weeks’ with a muscle injury.

Zlatan Ibrahimovic has returned to training ahead of the match against Chelsea on Sunday. He had a serious knee injury earlier in the season.

The 36-year-old Swedish had  his anterior cruciate ligament broken in the game against Anderlecht in the Europa League quarter-final second leg at Old Trafford.

There is the possibility that the striker could leave Manchester United , especially since the contract expires at the end of this season

1 goal in 7 games scored Zlatan Ibrahimovic  this season,  last game he played  was on December 26, score 2-2 draw with Burnley.

Eric Bailly could also make his 50th appearance for the club and his first start since Manchester United  last game against Chelsea on 5 November.

After an indifferent start to the season with 13 points from their first eight games, Chelsea and boss Antonio Conte have been under pressure again in recent weeks, following consecutive league defeats against Bournemouth and Watford at the start of the month. However, their last two outings might have galvanised their season after a comfortable 4-0 Emirates FA Cup fifth-round win against Hull City and a well-deserved 1-1 draw against Barcelona on Tuesday. Sitting one point clear of fifth-placed Tottenham Hotspur and a point below third-placed Liverpool, Conte’s side will be keen to maintain the pressure on the teams around them in a tough week, with a trip to leaders Manchester City to come next.

For Chelsea, defender David Luiz and midfield duo Ross Barkley and Tiemoue Bakayoko are out of Sunday’s game but striker Alvaro Morata is available again.

Chelsea currently have no players suspended. Spain striker Morata is, however, two yellow cards away from a two-match ban after accumulating eight bookings.

Chelsea’s newest recruit, Olivier Giroud, seems to have already settled in well to the squad and he notched his first goal against Hull City last Friday in the FA Cup.

Conte faces a dilemma over whether to use Eden Hazard as a false nine again, as he did against Barcelona, or utilise Giroud or Morata as a classic striker.

Having scored three goals in Chelsea’s last two games, Willian is in fine form heading into his 10th match against United.

Conte will likely use the strongest line-up that he has available to him, despite his squad putting so much into the midweek game. Manchester United played a day later than the Blues and had to fly back from Sevilla after their match, so they have the edge in that regard..

Antonio Conte says we will need to be at our best in order to overcome a strong Manchester United side on Sunday, but we are heading to Old Trafford with one sole aim – to win the match.

Stay tuned as we’ll bring you all the latest news, rumors, statistics, juicy news and everything else ahead of  Man United vs Chelsea

Check out and keep up-to-date Man United vs Chelsea  match action as it happens via FootballBetExpert advanced widgets. Just click on any game to see deeper statistics than ever before for teams and players, boosted match visualization including new ball tracking and on-pitch animations. Last but not the least versatile bet-promotion options via overlays. 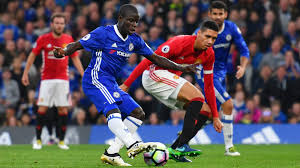