Manchester City manager Pep Guardiola has invented and implemented spectacular football everywhere he coached: intelligent and colorful football inspired from Catalonian modernism. Today he does also miracles in Premier League, but of course football is also hazard, so he will need to work hard and keep his team focused at maximum in every game in order to succeed and reach the target – premier league title.

Pep Guardiola’s concern is also their infernal schedule in Prenier League with 3 games in a week which makes impossible to play good all the time. However his job is to handle this situation and find solutions to “recharge” his players and give maximum in every game. That’s the reason why Pep Guardiola is probably the best football coach worldwide.

Man City defenders Vincent Kompany, Benjamin Mendy and John Stones are still uncertain for this game.
However it’s probable that Leroy Sane and Kyle Walker will be on the pitch tomorrow at 5:30 (GMT)/ 6:30 CET, from the first minute. Kyle Walker will make his first competitive appearance against his former side.

On the other hand, Argentinian   manager of Tottenham Hotspur Mauricio Pochettino knows his team will need to be at their very best if they want to come back to London with at least 1 point.

Pochettino most probably will send in the pitch from first minute Mousa Dembele and Dele Alli . They both rested in midweek, while Ben Davies and Kieran Trippier could also feature if Spurs continue to rotate their full-backs.
Finally, Tottenham central defender Davinson Sanchez will miss this game after he  complete a three-game ban. 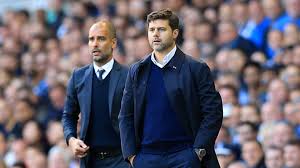 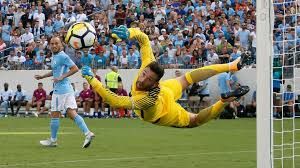