Steaua Bucharest are very determined to win this game and finish first place in Group G also for financial purposes. Win against Lugano: 360.000 € and First place in Group will get another €600.000 which means that Steaua can get a total substantial amount of €900.000 from UEFA.

Constantin Budescu (most creative player from Steaua Bucharest) will not play in the last round of the Europa League, because is being suspended after taking a yellow card against the Czechs from Plzen.

Budescu said: “”That’s it. Those who enter the field will have to play very well. There are enough good players that can replace me for this game”.

Never, in a UEFA competition, have these two teams gone head to head until now. Over 2680 fans attended the match in Luzern at 19:00. The game started with an unexpected turn, Mattia Bottani immediately gave Lugano a head start with a superb goal, a top left corner shot from the centre of the box using his left foot, assisted by D.Mariani, only 14 minutes after the start of the match, marking the score at 0-1 for Lugano.

It was against all online sports betting odds, which were predicting a 1-0 win for FCSB. Soon after Constantin Budescu (FCSB) attempted a direct free kick from outside the box, which he missed as it was too high. Two minutes were added as extra time but the action didn’t stop. Florin Tanase (FCSB) took a header from the centre of the box, which unfortunately went high and wide to the left. He was assisted by Constantin Budescu with a cross.

In the beginning of the 2nd half of the football match, FCSB considered their strategic approach and decided that Dennis Man replaces Ovidiu Popescu in the 45’ minute. Harlem-Eddy Gnohere (FCSB) took a shot from the centre of the box which went high and wide to the left. Dennis Man quickly got into action and assisted Minhai Pintilii, who took a right footed shot from outside the box which got blocked by the goal keeper. On the 52’ minute, Mihai Pintilii (FCSB) made a foul and got a yellow card.

Soon enough the football match took a turn in favour of online sports betting odds, as Constantin Budescu (FCSB), on the 58’ minute, from the right hand side of the pitch, made a stunning shot, from a very difficult angle, towards the top right corner of the net. With a score of 1-1, everyone could be the winner with 30 minutes left on the clock. Soon after, Mihai Pintilii (FCSB) attempted a right footed shot from outside the box which went too high. Lugano quickly took control of the ball as Mattia Bottani made a shot from the centre of the box towards the bottom right corner, which was neatly saved by Florin Constantin Niță.

On the 64’ minute, Júnior Morais (FCSB) left footed a game winning shot from the centre of the box to the bottom left corner, assisted by Romario Benzar with a cross, marking the score 1-2 for Steaua Bucharest, and putting his team in the lead.

FCSB made yet another substitution on the 66’ minute as Florinel Teodor Coman replaced Harlem-Eddy Gnohere. Lugano made 3 consecutive substitutions as, Radomir Milosavljevic replaced Mattia Bottani, Antonini Culina replaced Davide Mariani and Younes Bnou Marzouk replaced Domen Crnigoj. On the 85’ minute Dragan Mihajlovic (Lugano) got a yellow card for a foul, just as Younes Bnou Marzouk (Lugano) on the 92’ minute. Only 4’ minutes were given as extra time.

As the whistle blowed, it marked yet another win for Steaua Bucharest and their first win in Switzerland, leaving the Romanian team on top of group G, with a maximum of six points.

Steaua Bucharest immediately started their UEFA Europa League campaign on a good note, with a 3-0 win against Vitoria Plzen. Both teams had already met in the Champions League qualifiers this season and the Romanians have made it 2 wins and a draw from the 3 games. On the other hand, Lugano lost 1-2 away at Beer Sheva on matchday 1. They couldn’t afford another defeat against Steaua Bucharest, which, since defeated, now ended all their qualification hopes. Let’s not forget how they qualified directly for the Europa League group stage, since they came in 3rd in the Swiss league last season.

Throughout the years Steaua Bucharest, have built up themselves as a standout amongst the best clubs in Romania. Established on the 7th June, 1947 the club won their first household trophy in 1951 and they have been on top in Romanian football from that point onwards. In 2015 Steaua won their 26th national title, nonetheless, their win in 1985/1986 Champions League (European Cup) against Barcelona, scoring 2-0 with penalties, was the club’s greatest achievement We’ll look forward towards their match on the 7th December 2017 at 21:05. Be sure to check out our latest football betting predictions and keep up to date with the Uefa Europa League with our brand new sportsbook, having the biggest and the baddest bonuses in sportsbooks history! 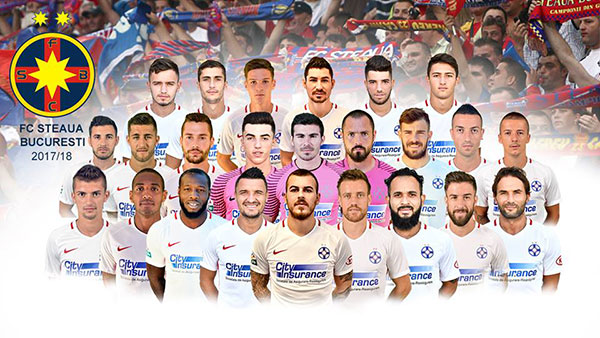