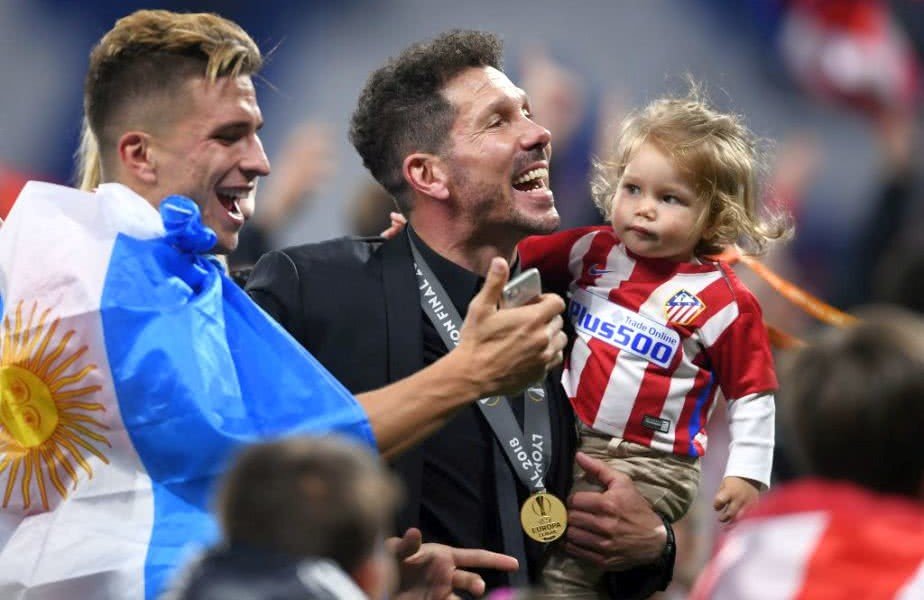 He was banned for Europa League final and was very stressed in VIP area: “I felt sad, upset and lonely. However, I have a strong relationship with my players and we know what we want.  it’s a victory for everything we stand for, for hard work and industry. We’ve reinvented ourselves in this competition, and against Arsenal [in the semi-finals] we showed what we’re all about. We did so again tonight.We won this final, but we need to stay “hungry” work hard and start from the beginning ” 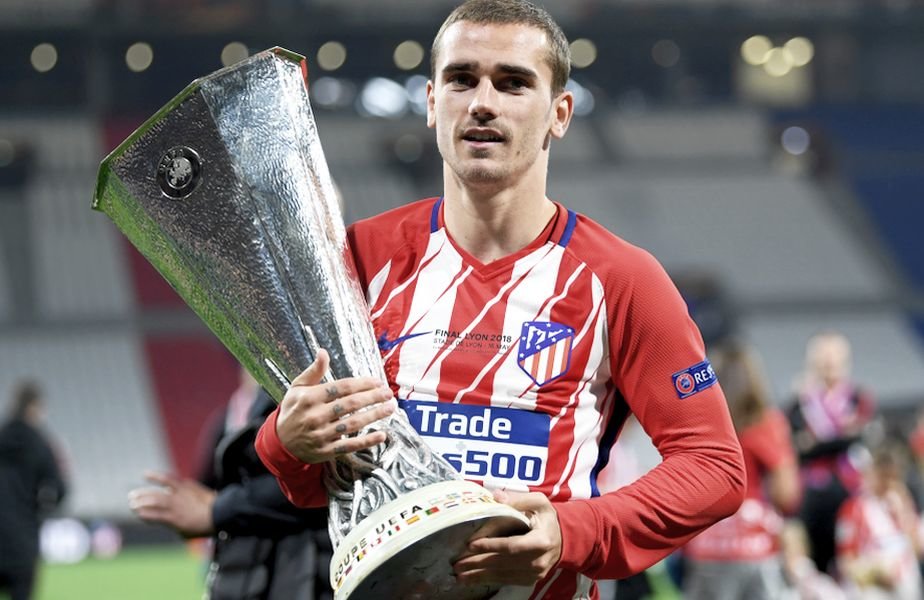 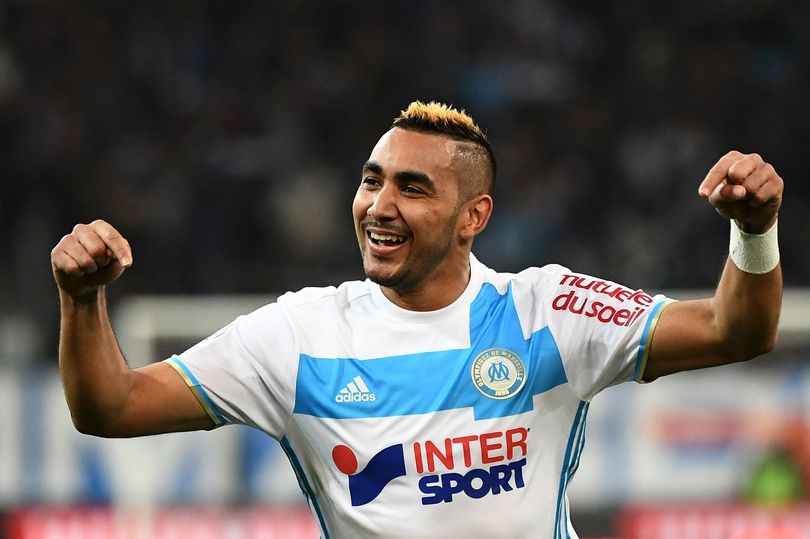 He suffered a minor muscle injury that not permitted him from playing in their last league game. However, his advanced skills for a pass and ability at a dead ball make him the key player for Rudi Garcia’s side. If he will be physically, at 100 per cent  today then he has very big chance to score and make a fantastic game. 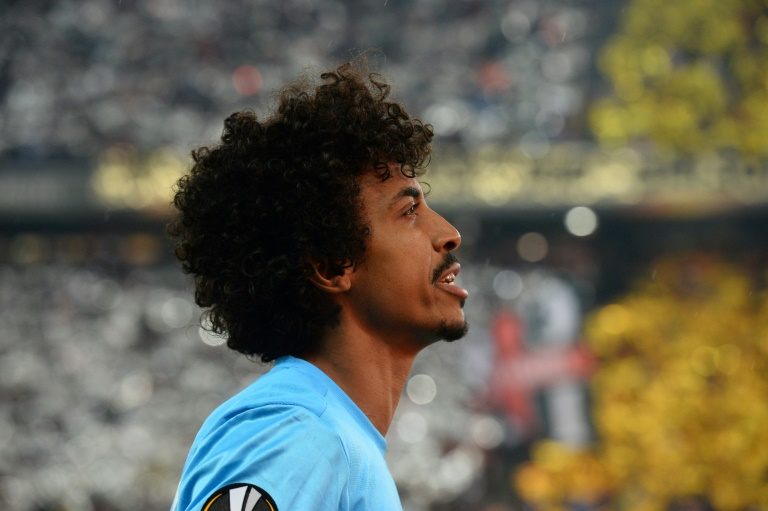 The Brazilian midfielder has been crucial for Marseille this season since signing from Wolfsburg in Germany.

Luis Garcia has suggested that he could go with a three-man defence, and most probably Gustavo could again start at the back, just as he has done in recent European ties. 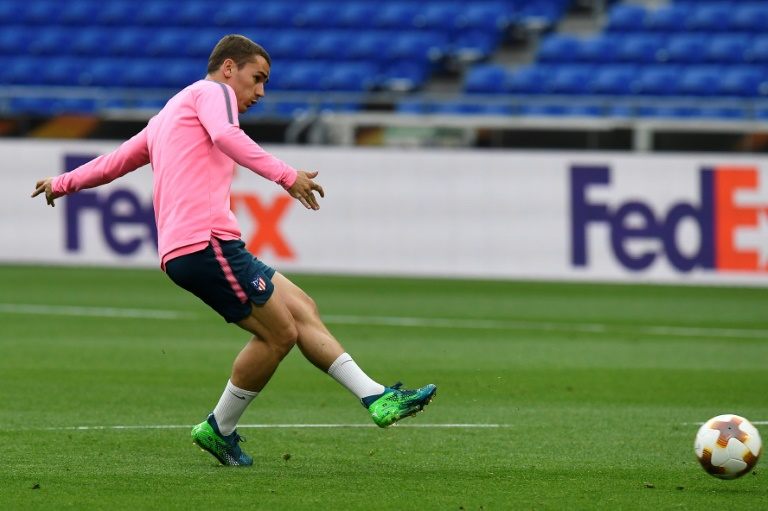 French striker’s one of the best attackers in the world and might move to Barcelona at the end of the season. Griezmann is hoping to win a first major trophy as an Atletico Madrid player tonight.

Griezmann has scored 27 goals in all competitions this season, including a crucial counter away to Arsenal in the semi-finals. 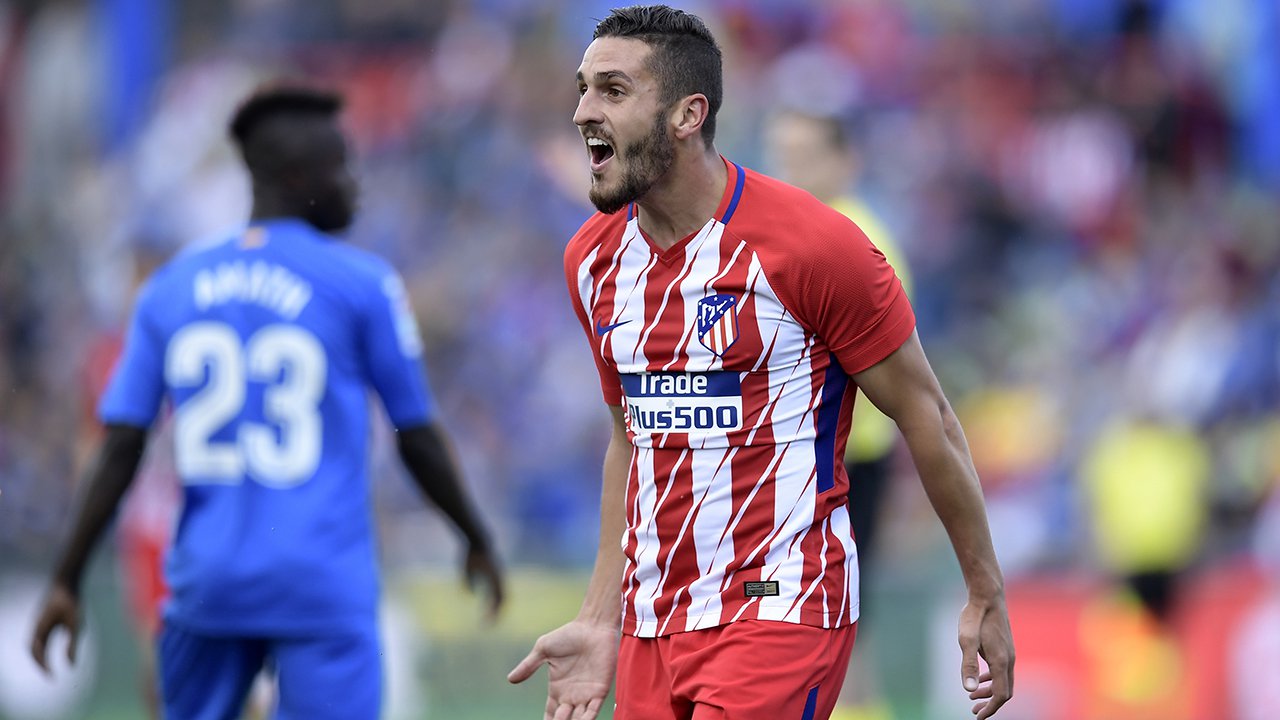 Tactically he reads the game better than anyone. Atletico’s defence is their big strong point, but the Spain midfielder has a big influence further forward.

“His hard work, dedication and talent have made him key for Atletico and the national team,” said Simeone of the 26-year-old.

Spanish football team have dominated European football with 13 finals in the last 10 years (Champions League – 4 Real, 3 Barcelona Europa League – 3 Atletico, 3 Seville) . Atletico Madrid has the opportunity to match the performance of Seville and win their 3rd European League in the last decade. On the other hand Marseille are playing their first final after 14 years (0-2 against Valencia in 2004) and can win the first continental trophy after 25 years since they won the Champions league final against Milan in Munich.

5,19 are the odds at New Sportsbook Betzest for Olympique Marseille and 1,75 for Atletico Madrid, to win Europa league final. 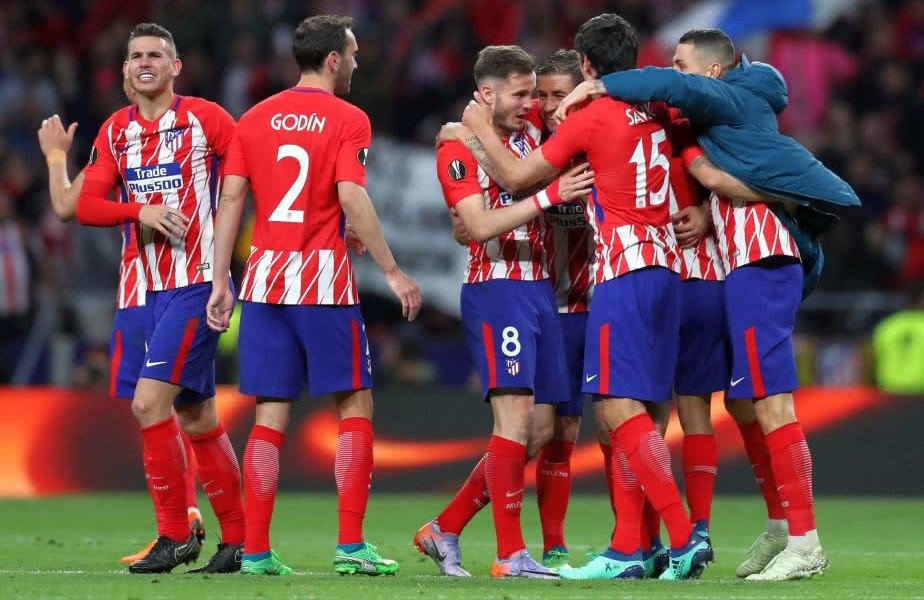 Atletico Madrid coach Diego Simeone is banned for Europa League final against Marseille after he was handed a four-match ban by UEFA. 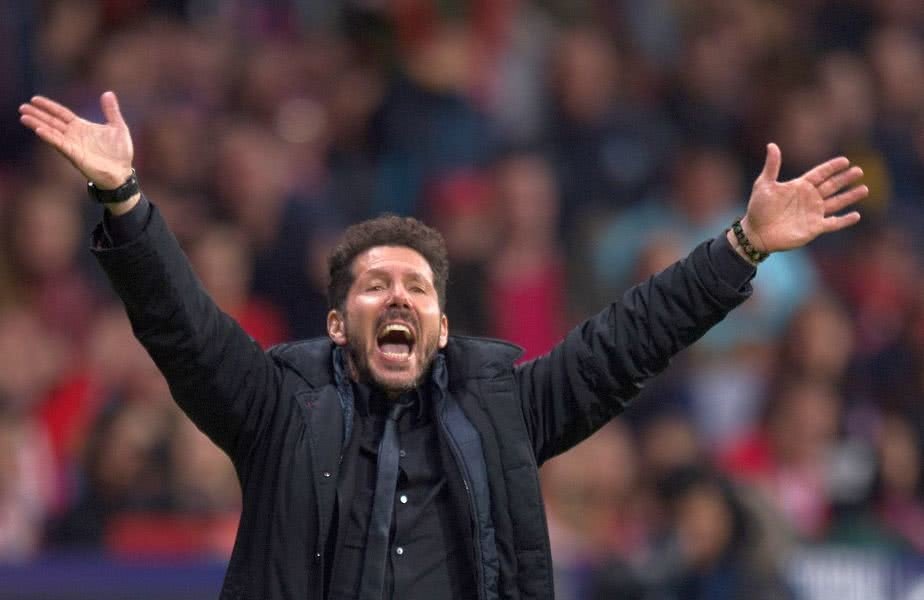 Atletico Madrid coach Diego Simeone is concern about their infernal schedule ahead of the EL final and a shortage of players due to a number of suspensions and injuries. They will play the Europa League final 4 days after the match with Getafe in Primera Division.

Nearly two months after fracturing his fibula in EL Round of 16 match in Moscow against Lokomotiv Moscow, Filipe Luis returned to the pitch and played his first match in Primera Division against RCD Espanyol at the Wanda Metropolitano.

Brazilian defender, that will be present also at the world cup 2018  fit in with ease at his usual left-back position and played 65 minutes and was replaced by Gabi.

Vitolo was taken off during Atletico  match against RCD Espanyol in the 26th minute and replaced by Arona Sané. Vitolo was changed, after feeling some muscular discomfort on his right thigh.

On the other hand Diego Costa returned to Atletico Madrid and is in superb form. He had a decisive impact on important matches, and helped Atletico reach the Europa League final. 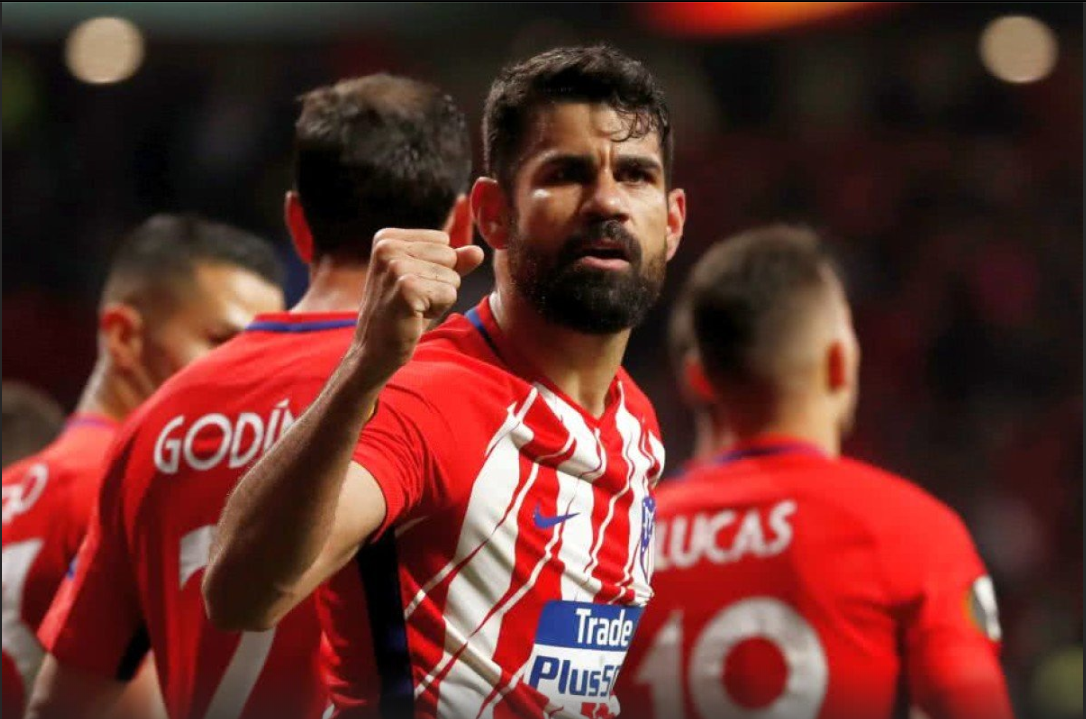 French coach Rudi Garcia. Is preparing for the EL final into the smallest details with very high aggressive pressing for the entire 90 minutes. 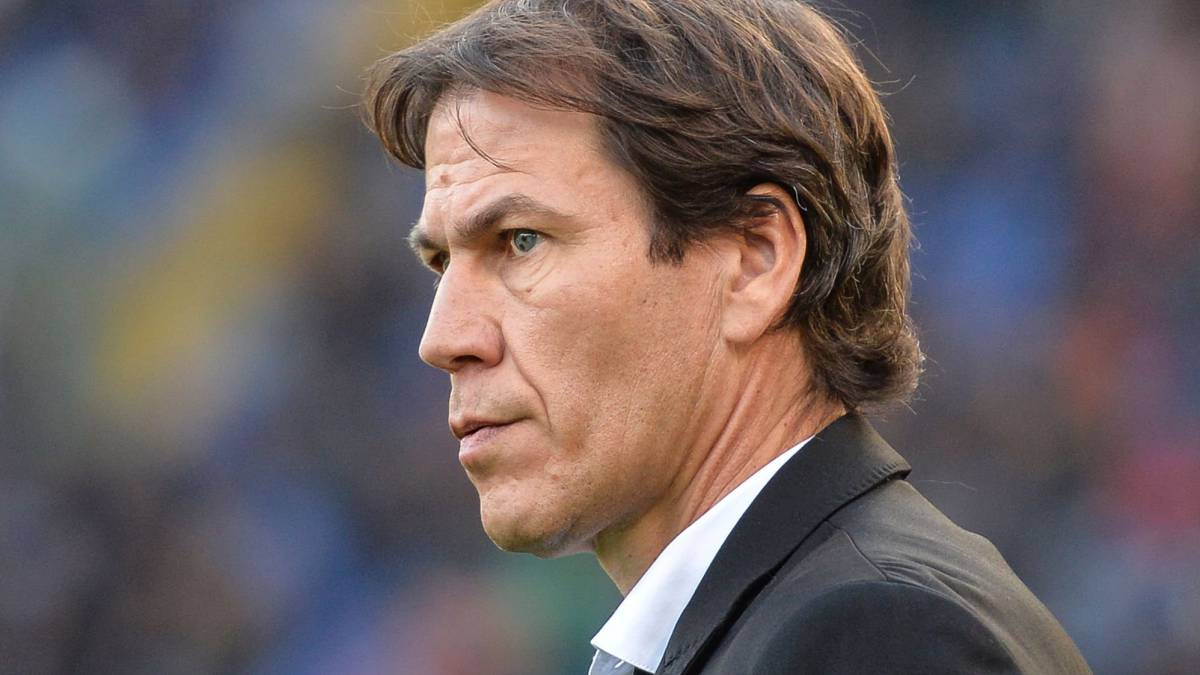 Since their 0-2 loss against Valencia in 2004, OM has been waiting for 14 years to play a continental final and they now dream of a second trophy in Europe after the Champions League trophy that they won 25 years ago against Milan, in Munich.

Central Defender Rolando picked an injury sunday night against Nice at the Orange Velodrome and was substituted at halftime. While he endured medical exams on Monday, the defender sustained a right calf injury and requires a time of recovery before the EL final next week.

Marseille vs Atlético  Bet on EL final  at Betzest. Football fans around the world should check out and keep up-to-date with all the match action as it happens via our FootballBetExpert  advanced widgets and we’ll also have live updates on our Twitter and Facebook accounts. 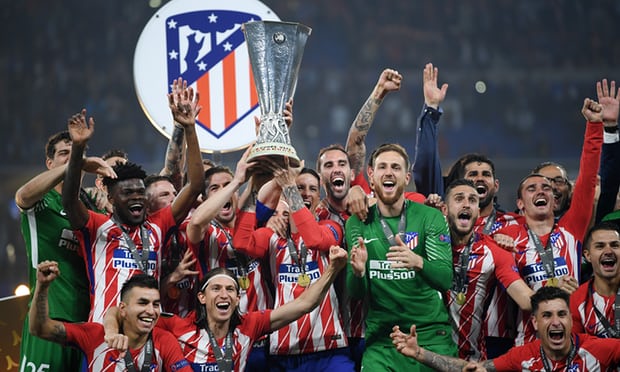