Real Madrid head to Parc de Princes today, for the second leg of their round-of-16 Champions League game against Paris Saint Germain. After 3-1 in Madrid from their first leg, Zidane’s Zidane men will hope to get a win or draw against PSG at the Parc des Princes stadium in Paris. Their target is to qualify for the quarter-finals for the eighth successive year for third consecutive UCL title. While all Real Madrid stars return, PSG will be without the most expensive player in the world: Neymar (moved to PSG from Barcelona for record-breaking €222 million ($273 million)

PSG have not lost a home Champions League Game since 2015 and are unbeaten in their last 51 home matches. French leaders may feel they have something to prove, having blown a 4-0 first-leg advantage over Barcelona at this stage last season, only to bow out 6-5 on aggregate. However, overturning a 3-1 deficit against a Real side, who have only the Champions League to play for after falling 15 points lost in La Liga and having been eliminated from the Spanish Cup, promises to be a very tough mission. Paris, though are not prepared to give up without a fight and with a 2-0 they can qualify. They  are still very strong because they have many other good players as well.

PSG manager, Unai Emery, will be without their influential forward Neymar for this crucial encounter but he won’t let this injury get in his way to get that vital home victory to defeat Real Madrid.

Neymar was injured in a Ligue 1 match against Marseille on 25th  February, when endured a broken fifth metatarsal & and an sprained ankle in his right foot putting him out of action for at least  three months. However, Angel Di Maria, who is a replacement for the Brazilian star, is very motivated to face Real. Also Edinson Cavani has marked 32 goals this season across all competitions and will be very motivated to score against Real Madrid as well.

Centre-back Marquinhos is doubtful to play against Real after picking up an injury in their league game.

With Cristiano Ronaldo in good shape (11 goals in his seven games), this could be their only chance to win a trophy this season as they are 15 points adrift of league leaders Barcelona, they will be expected to focus at maximum and take their chances of progressing to the quarter-final of the competition and win Champions League for three consecutive years.

Zidane is expected to have his side in full strength ahead of the encounter against PSG.

Dani Carvajal is available again after a two-match ban.

Toni Kroos (knee) and Luka Modrić (hamstring) have been out since the first leg with Paris and might not be fully fit for this game.

Marcelo returned as a second-half substitute against Getafe having been side-lined since 18 February by a hamstring injury and is expected to come back for this second leg match.. Jesús Vallejo has not played since 18 January, also due to a hamstring problem.

Stay tuned as we’ll bring you all the latest news, rumors, statistics, juicy news and everything else ahead of  Paris vs Real Madrid

Bet On Paris vs Real Madrid. Football fans around the world should check out and keep up-to-date with all the match action as it happens via our FootballBetExpert  advanced widgets and we’ll also have live updates on our Twitter and Facebook accounts.Bet on Paris vs Real Madrid 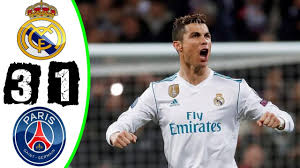