After the first leg 3 weeks ago in Seville finished 0-0,Man United will face Sevilla FC in the second-leg of the Champions League Round of 16.  It is certainly that Sevilla FC will be facing with the most in-form Man United of the season. United have got an amazing record at Old Trafford, having only lost to Manchester City in 20 home games this season. In that period United have scored 46 goals and conceded just 10 – one every two matches. Furthermore United, who were playing their first Champions League knockout game in four years, have won 15 of their 18 home games so far this season.

However, Europa League penta-champion is more than capable and needs only a score-draw to qualify for the quarter-finals of the competition for the first time in 60 years.

This it announces to be spectacular game with lot of goals. Lukaku (4) and Rashford (3) represent two great top scorers for United, while for Sevilla, Ben Yedder has scored the most Champions League goals so far in the competition (6).

Jose Mourinho is without several players through injury.

United defenders Phil Jones, Marcos Rojo and Daley Blind (ankle) are all expected to miss the game, while central midfielder Ander Herrera is also unavailable due to hamstring injury.

It remains to seen how Zlatan Ibrahimovic is and whether he might be involved, but it appears the Swede is not in contention to play even though he has trained with the senior squad for the last three weeks. Ibrahimovic, 36, has not played since he was substituted at the pause during United’s Boxing Day draw with Burnley.

Paul Pogba has been included in the Manchester United squad to face Sevilla in the  tonight.

Anthony Martial has also returned to the squad having sat out the Liverpool and Crystal Palace victories last week with an unspecified injury. Martial will fight to recuperate his place in the United XI after Marcus Rashford’s great performance against Liverpool.

Michael Carrick could be included in the Man United matchday squad again after he confirmed he would retire at the end of the season. Carrick has won 11 major trophies in 12 years with United but is set to stay at the club in a coaching capacity.

Have never won an official fixture on English soil but the Europa League penta-champion is more than capable of qualifying.

With a dominant performance in the first-leg against United, all that was lacking was a way past a brilliant David De Gea and a stroke of luck that could have given Sevilla an advantage in the tie.

Sevilla will be without defender Sebastien Corchia, while Daniel Carrico is also a doubt. Further more, former Manchester City winger Jesus Navas is unlikely to make the squad as he recovers from injury.

Bet On Man United vs Sevilla 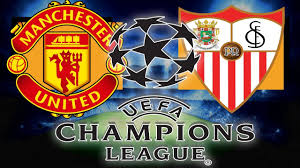