This Friday, with just 3 days until Christmas, football fans will be very lucky to enjoy an eternal derby in the Premier League between Arsenal and Liverpool. When Liverpool comes to the “Emirates Stadium”, spectacle and suspense are guaranteed. This Friday it announces to be a great show with 2 legendary teams that have ZEST to score many goals. A balanced game between two teams situated 4th and 5th respectively in the Premier League standings.

Manager Arsene Wenger  thinks that some players are a little bit on the edge. He has available so many quality players who are at the same level so he’s philosophy is to rotate them and have them completely fresh for the game. Especially that the players who will start are basically all international players, so that’s why he’s squad rotation makes sense. Also he wants to show the trust and the confidence that he has in the players who did not start last game.

Versatile youngster central midfielder, Maitland-Niles  20-year-old found his space as left back. Certainly, Arsene Wenger will start with him from the first minute against Liverpool.

“It’s the quality of concentration. He has huge physical qualities as well. His recovery runs are good, he’s good in one against ones. Of course the challenge is to continue to develop, to continue to improve. He has a lot to do but when you get a chance in life, take it. That’s what you want from him now.” Wenger said.

Ozil is enjoying his best run of form in an Arsenal shirt ahead of a busy festive period which will see Arsenal face West Ham, Liverpool, Crystal Palace and West Bromwich.

Record Arsenal goalkeeper Petr Cech wants not to concede a goal against Liverpool on Friday to become the first goalkeeper in Premier League history to keep 200 clean sheets.

Ramsey will not be back in the next 10 days so he will miss the game against Liverpool. For him, the beginning of January is more likely to be back.

Mustafi Shkodran is back again but most probably Wenger will not use him on Friday but he’s available again.

Theo Walcot  is recovered 100 per cent and most probably will play today against West Ham and on Friday against Liverpool.

Shocking Transfer –ARSENAL are  planning to acquire David Luiz  from Chelsea for the incredible amount of £30million. This move is expected in January 2018.

Premiere League recent schedule is very intense with infernal 3 games in a week which makes hard to play good in every match. Jurgen Kloop job is to handle this situation and find solutions to “rotate” his players so they can be fresh to focus and give maximum in every game.

4-0 won Liverpool in the beginning of the season against Arsenal at Anfield Stadium.

Naby Keita will not arrive at Liverpool until the summer of 2018. “No. He is a player of Leipzig.” Jurgen Klopp said.

Midfielder Alex Oxlade Chamberlin  and Top scorer Salah Mohamed are in very good shape. Both are announced to start from the first minute and are determined to win three points.

Midfielder Alex Oxlade Chamberlin moved for £35million to Anfield after he spent six years at Arsenal . “It will be a special occasion for me, full of emotion I’m sure. We’re in good form and we’ll be going there full of confidence and looking for three points. I hope we can put together a good performance, fight all the way through the game and come out with the right result.”Alex Oxlade Chamberlin said.

After a difficult start to the season, Oxlade-Chamberlain has proved his worth over the past month.

“It’s nice to be a part of. It’s great that the attacking boys have been doing well. But I think you’ve got to give big credit to people like Dejan (Lovren) and Raggy (Ragnar Klavan) at the back as well.”Alex Oxlade Chamberlin said.

Stay tuned as we’ll bring you all the latest news, rumors, statistics, juicy news and everything else ahead of  Arsenal – Liverpool 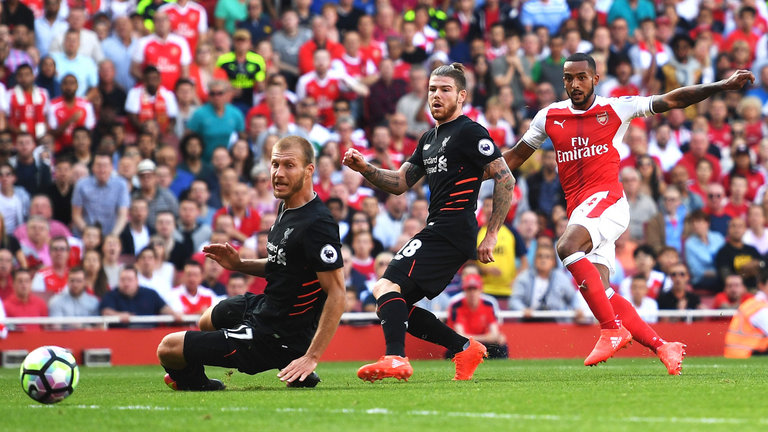