Football World Cup Russia Group Draw Results 2018. Russia World Cup 2018 is moving from being just an event somewhere in the future to a more factual reality with this afternoon’s Live Draw in Moscow at 4pm CET.

Lifetime legends are set to be at this very highly awaited event, such as Brazil own’s Pele, as well as Argentina’s Maradona as well as younger players such as Carles Puyol and 2006 World Cup winners’ captain, Fabio Cannavaro.

The red carpet is on fire right now, with various football personalities starting to hype up to see who will be facing who starting this 14 th June 2018 as the most popular world football tournament hits the screens.

Feeling like someone’s missing? Well, we still can’t get used to the fact that Italy is out of the game already either! When you think about it though it’s going to shake all those bet odds around and make it so much more exciting to watch the games.

On an industry level, many eyes are starting to look at the new Sportsbook Betzest with great expectations, with rumours that they will have a brand sparkling new platform full of football tips, updates and match details before and during live games so that you can make the most of your €/£ 5 FREE Risk-Free Bet.

Zabikava, the mascot of the tournament revealed only a few days ago, will be sure to appear at the draw this afternoon, but who are the other people on that stage?

– Gary Lineker and Maria Komandnaya will be the official draw conductors
– Miroslav Klose will be the trophy bearer
Then there’s all the very important draw assistants:
– Nikita Simonyan, the 91-year- old former USSR striker who played in the 1958 World Cup
– Gordon Banks in 1966 put up the World Cup-winner with the England winning Team
– Diego Maradona, the ever so controversial football player
– Laurent Blanc, World Cup-winner in France 1998
– Cafu, lung-busting Brazilian wing-hugger and 1994 and 2002 World Cup-winner)
– Fabio Cannavaro Italy’s captain in their winning year, 2006
– Carles Puyol, yes he’s the long-haired Spaniard you saw wearing the Barcelona FC gear
– Diego Forlán will also be there. He’s not Russian or a World Cup winner, but he was the joint top scorer in 2010. Rumour has it his invite was an administrative mix-up, so if you can’t place a face, it will probably be him.

We will now leave you with the Football World Cup Russia Group Draw Results 2018 and let you make your bets using the best online sportsbook bonus in the meantime – remember early bets might be very high paying odds later on when more details are in as the date gets closer. So use your skills and inside details and go enjoy a great bet! We will publish the official draw results here below as soon they’re out. 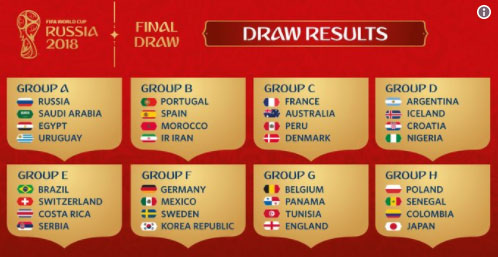 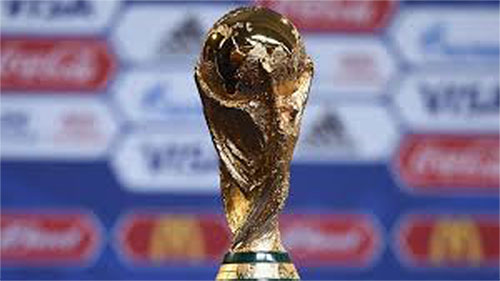