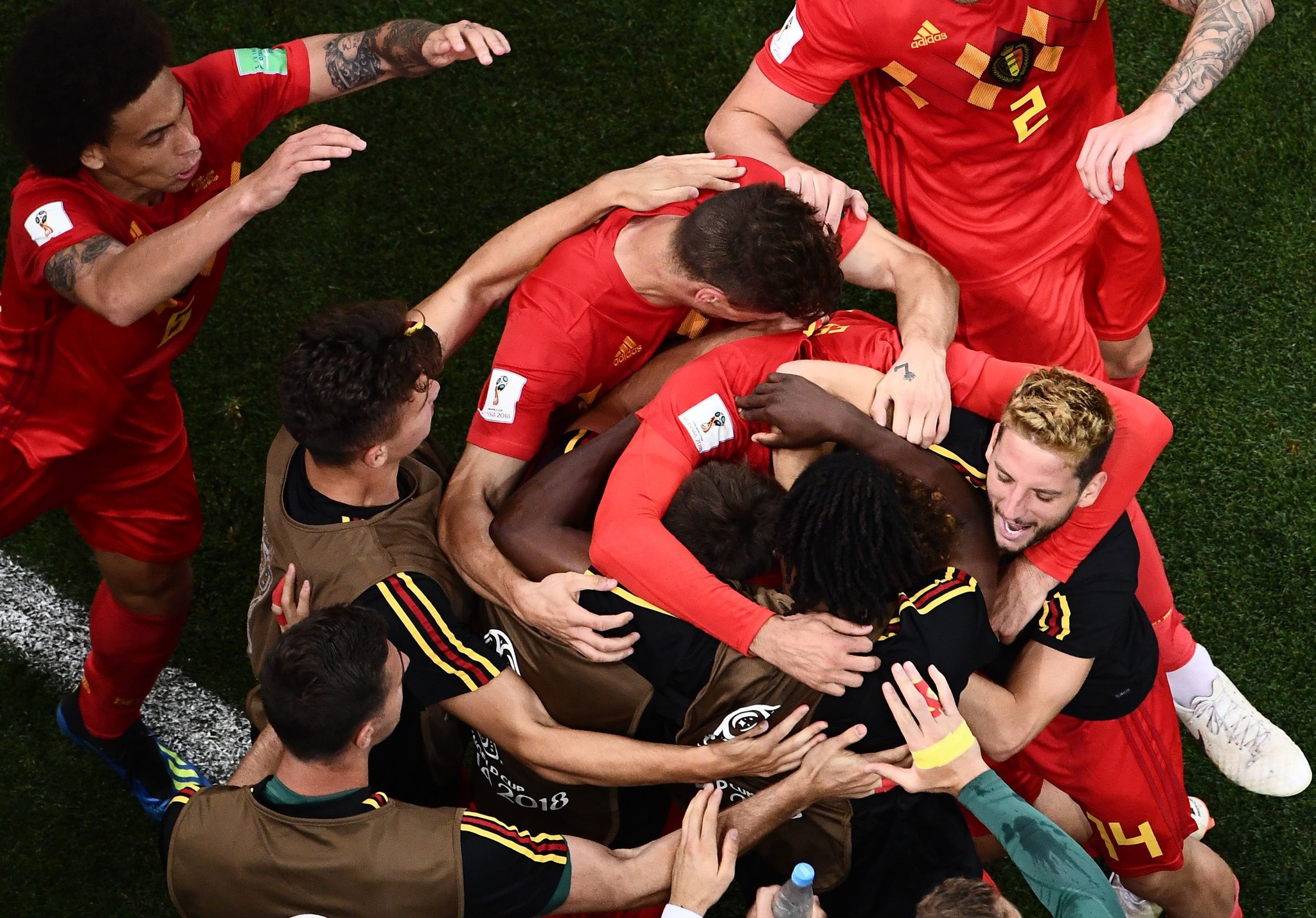 After another epic game, Belgium come-from-behind and won 3-2 against Japan last night. 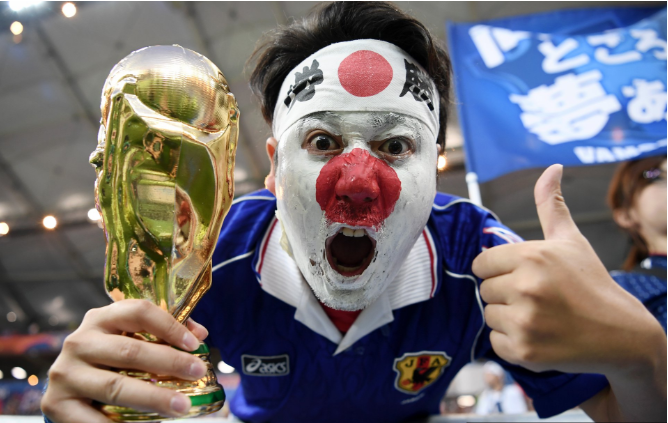 Red Devils may have won this spectacular match, however, there’s zero doubt that the highlight of the night  it’s the Japanese – both players and fans – who’ve won World Cup viewers’ hearts during the final tournament 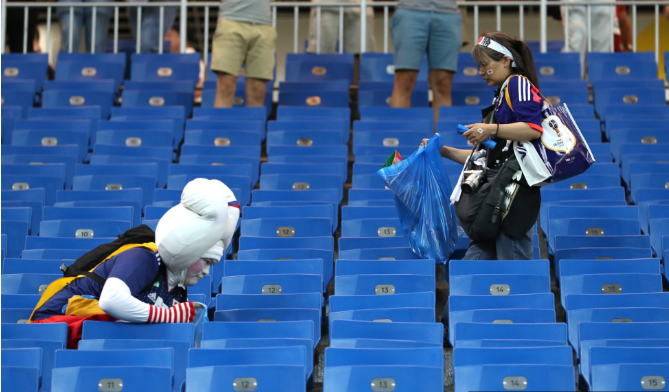 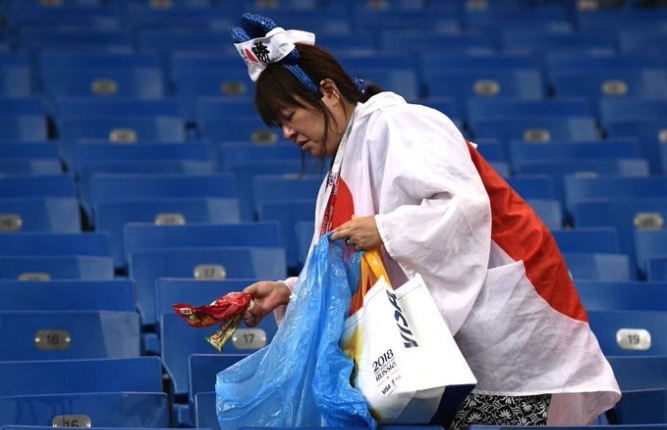 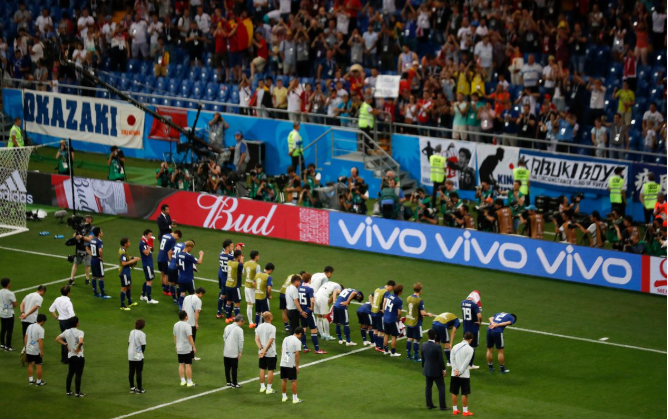 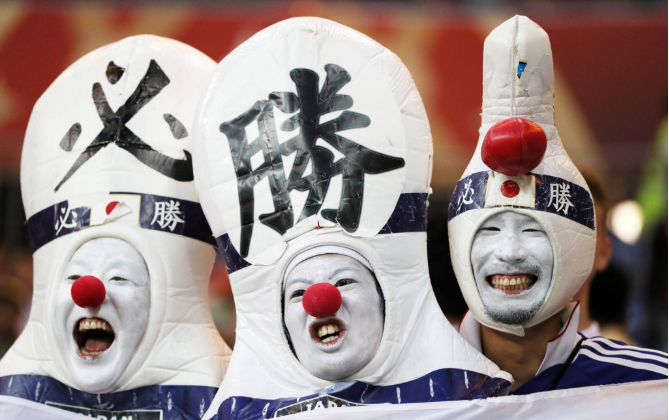 Though was the end of the World Cup, Japan fans and players, showed  cleaned up everything from the dressing room and stadium seats after the game against Belgium and left a note with ‘thank you’ in Russian. High class act from the fans even after losing a match. 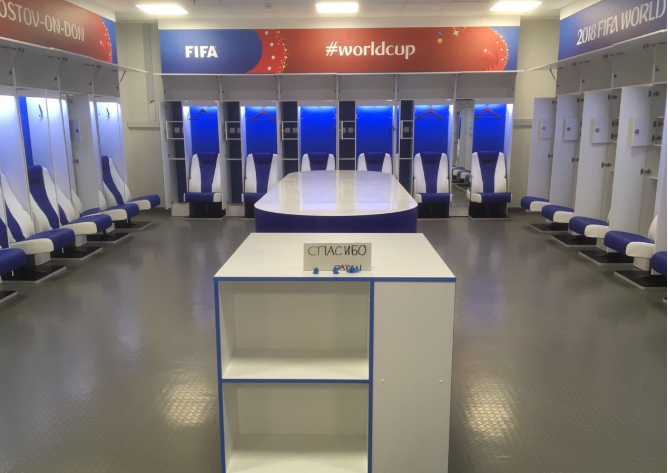 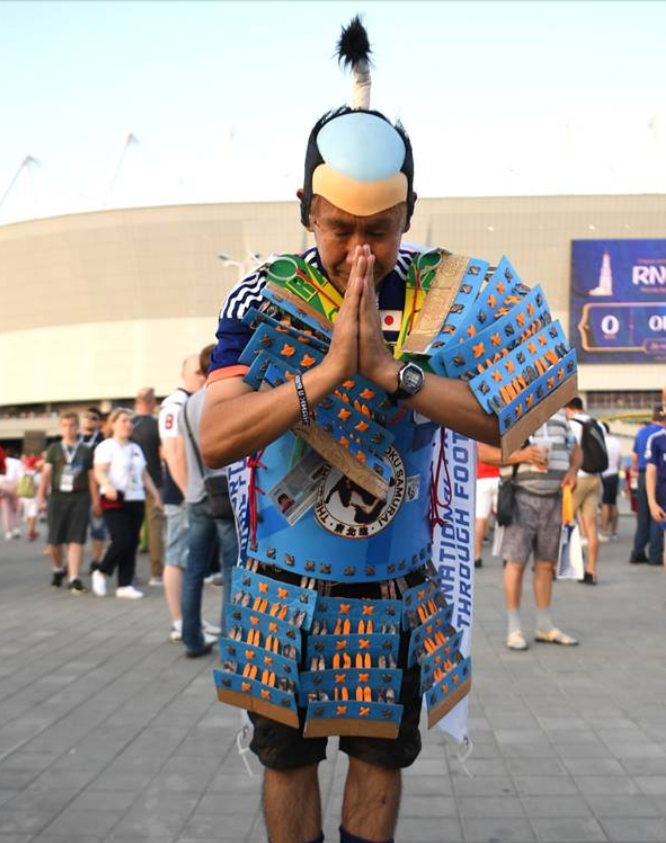 Japan fans also got worldwide admiration not only for cleaning up the stadium after games but also for their exotic costumes. 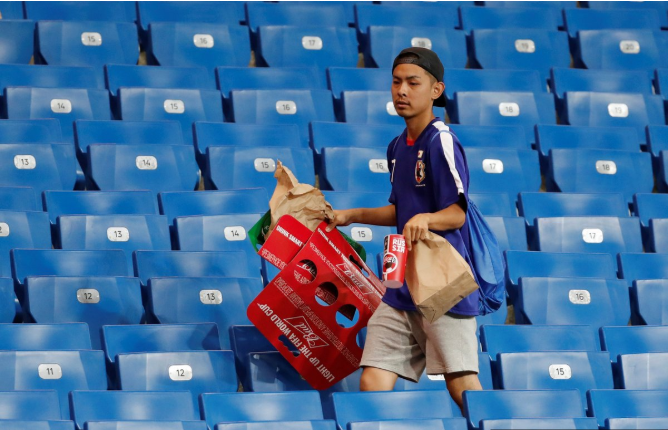 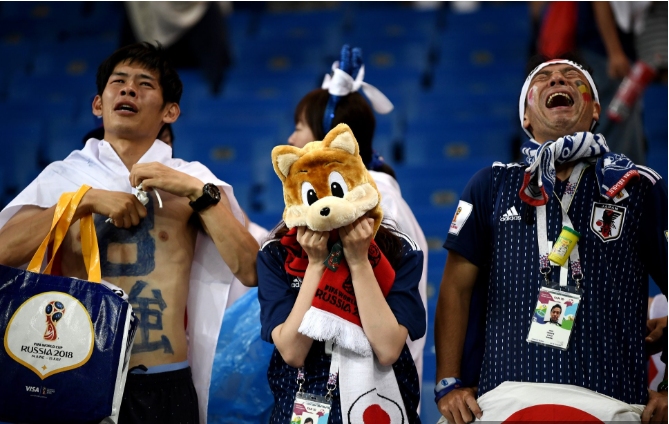 After this gesture Japanese fans & players are the world cup winners for the most civilized nation in the world and are an example for all the teams and supporters from around the world. 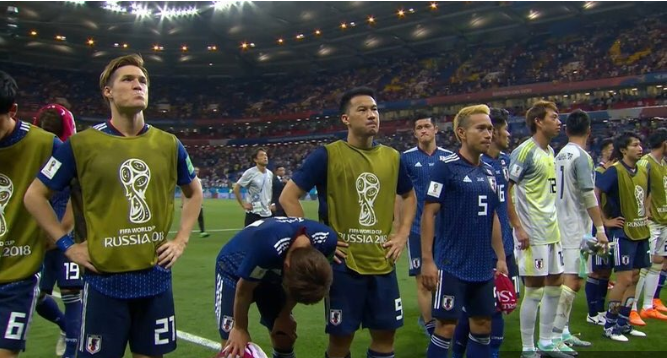