“I was almost paralyzed, and they were dragging me to play! ” – a statement of  a Spanish footballer, Alvaro Dominguez,  about the excessive lifestyle  of footballers.  “I was taking the private plane and spending money in expensive dinners which I thought is normal”.

Former Athletic Madrid center-back Alvaro Dominguez has retired from football in 2017. The defender has not played for over a year as he struggled with back injuries and retired at the age of 27. Now, he’s drafting a manual to teach footballers how to spend their money wise.

Alvaro revealed in an interview with the Spanish publication Marca the difficult period he had been through and how he had to pay the recovery with his own money, because Germans from Borussia Monchengladbach refused to help him.

“I’m considering every option and I’m in the hands of good lawyers in Germany. The club never informed me of the seriousness of my injury. I don’t need to win a court case, I just want them to recognize that things weren’t done right. They haven’t recognized their mistake, no one has apologised to me. I just hope that by telling my story I can help other sportsmen.” Alvaro Dominguez said.

The former Spanish defender, won two European League trophies with Atletico Madrid (2009/2010 and 2011/2012) and a Europe Super Cup (2010) plus  European Championship with Spain U21 in 2011. The interview for El Mundo can be a lesson for any sportsmen or young worldwide footballers.

There are many cases of Top footballers that become bankrupt after they have finished their football careers.  Therefore FootballBetExpert wants to help with few key tips/advises, so young footballers and top sportsmen will avoid making the same common pitfalls.

When a footballer reaches top level in his career the level of pressure is high, therefore its important to be able to get adapted fast and focus on what matters.  “The measure of intelligence is the ability to change.”
― Albert Einstein

Educate yourself continuously and always consult your family for financial matters. If your family doesn’t have the right education to help you, then ask for  support from an expert that will show you the right way to spend your money wise and stay away from various temptations. Inform yourself and choose carefully your entourages. If you don’t reach your targets, have plan B.

Take care of your lifestyle. Stay modest and continue to work hard, don’t spend your money in expensive cars, watches, dinners, drugs and night clubs.  In order to avoid injuries and be always in good shape sleep at least 8 hours every night, take care of your nutrition and recover properly (at least 1 hour after every training session).

Don’t get married too young and make sure you choose an intelligent woman that will always support you.

Be confident in what you do.  Put 100% into everything you do and never give up. There may be tough times, but the difficulties which you face will make you more determined to achieve your objectives and be successful. It’s about embracing pain daily not to be afraid of challenges. This are the key points that footballers should always follow.

Stay tuned as we’ll bring you all the latest news, rumors, statistics, juicy news and everything else ahead of  World Cup Russia 2018.

Bet on World Cup games at Bethard with highest odds. 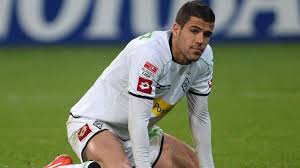